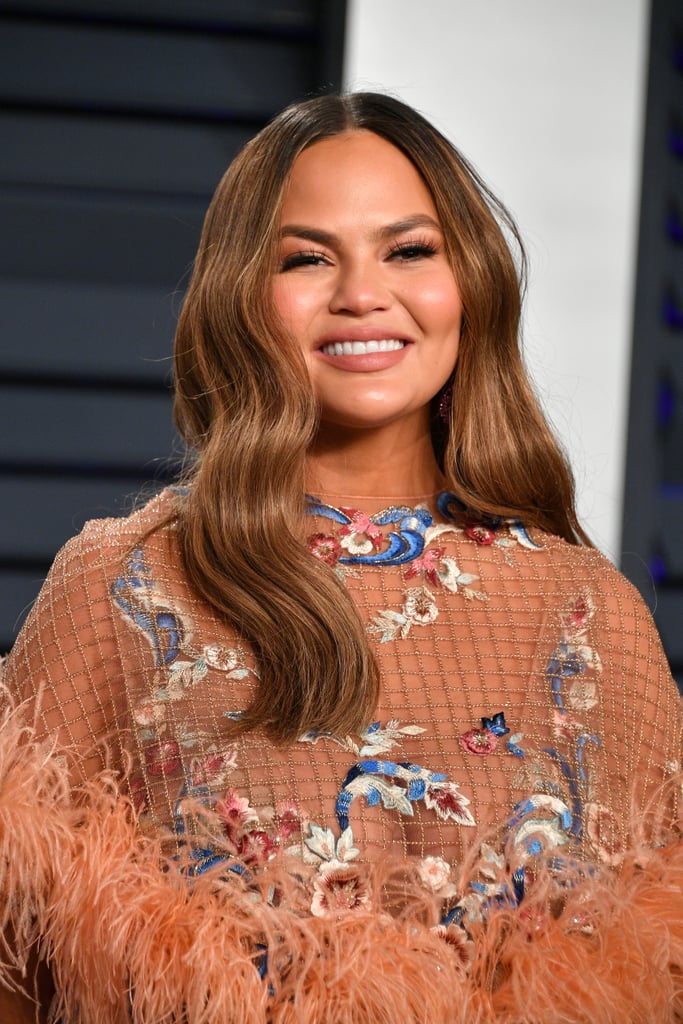 Chrissy Teigen was really feeling the pain the morning after the Oscars. Even though they skipped the actual award show this year, Chrissy and John Legend attended the annual star-studded Vanity Fair Oscars afterparty, posing for pictures along the way. As always, Chrissy's tweets offered insight into the evening, and, well, she was admittedly "bombed."

In addition to plainly letting everyone know that she had overdone it on drinks, Chrissy stole shrimp from music legend Quincy Jones and inexplicably said "nice to meet you" to a longtime friend. The following morning, Chrissy shared a sobering update: "Oh my god I feel like absolute sh*t," she tweeted, adding, "I hereby go sober for at least the week. Booze is poison." Hey, at least she looked fabulous! Check it all out ahead.

Award Season
Ariana Grande Links Up With BTS at Grammy Rehearsals, and Hey, How About a Collab?
by Kelsey Garcia 2 days ago

Award Season
Lili Reinhart Pondered Skipping the SAG Awards For Taco Bell, and I Relate on a Spiritual Level
by Kelsey Garcia 5 days ago