Joe Jonas went big for his 30th birthday party in NYC on Friday. The singer — who joined the 30 Club on Aug. 15 — threw a James Bond-themed bash, and it looked like the night was full of action. Those in attendance included Joe's brothers Nick and Kevin, as well as their respective wives, Priyanka Chopra and Danielle Jonas. Of course, Joe's wife, Sophie Turner, was also there to support her beau on his special day. The newlyweds even arrived to the soirée in an Aston Martin — the signature car of 007 himself.

While the man of the hour wore a black and white tuxedo, Sophie donned a sexy halter gown with a high slit as they posed for a stunning picture, taken by Kevin's brother-in-law Mike Deleasa. Other guests were also dressed to the nines as they flocked into the casino-inspired venue. Inside the locale, partygoers collected fake money with Joe's face printed on it and posed for pictures with the birthday boy in a photo booth.

Although Joe was touring with his brothers on his actual birthday, he got to celebrate on stage when Sophie brought out a cake as the Washington DC crowd sang to him. The following day, he and Sophie took a stroll through NYC wearing party hats before hitting up the main get-together later on. Keep scrolling to see more pictures from Joe's James Bond jamboree!

Award Season
Ariana Grande Links Up With BTS at Grammy Rehearsals, and Hey, How About a Collab?
by Kelsey Garcia 3 days ago 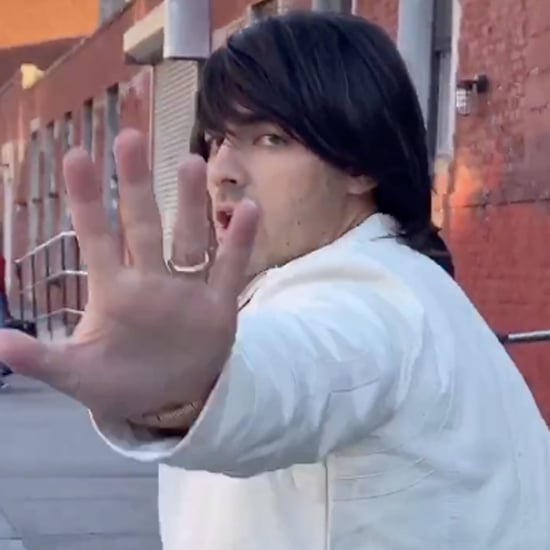 Celebrity Dogs
Meet Emilia Clarke's New BFF Ted, aka "the Most Beautiful Puppy in the Entire World"
by Chanel Vargas 4 days ago

Celebrity Babies
Lauren Conrad's Boys Are So Adorable! See All the Photos of Her 2 Sons Together So Far
by Alessia Santoro 4 days ago 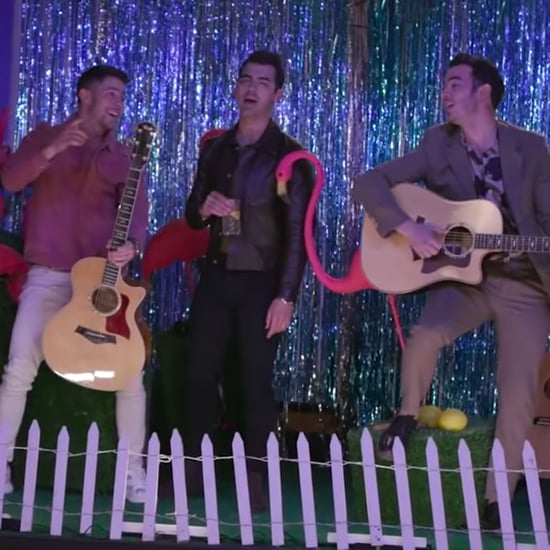