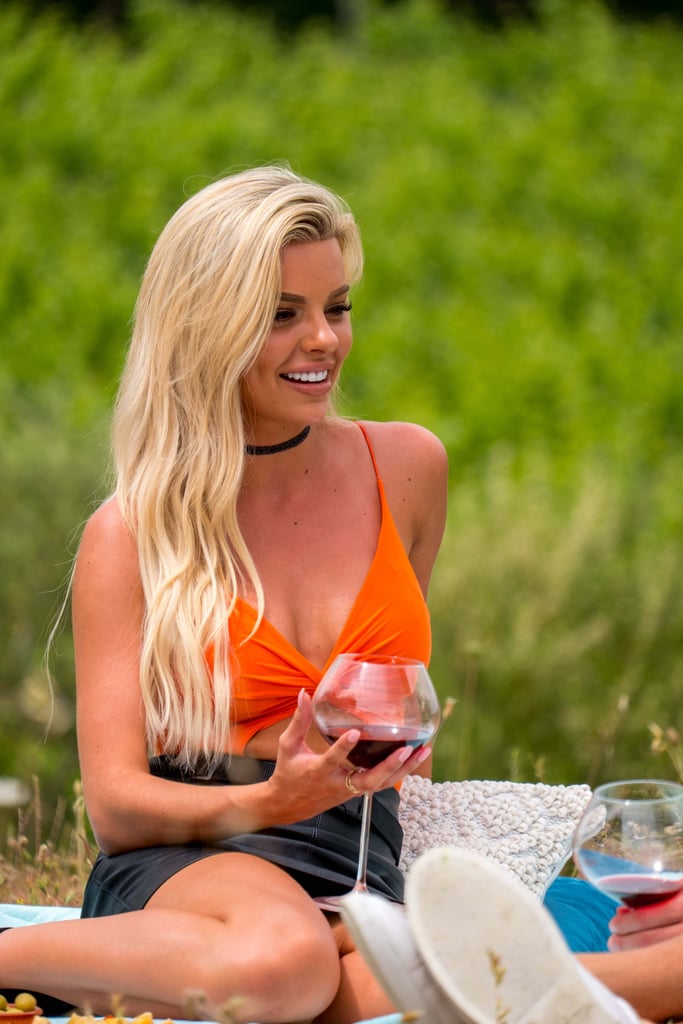 Kim's Love Island Experience: "I Was Literally Outside Crying Every Night"

Australia finally got their first chance to control what happens on Love Island and on Tuesday voted Kim Harnett out of the villa. We spoke to the 21-year-old, hairdresser and mother-of-one — moments before she hopped a plane out of Spain — about her time on Love Island, that controversial love triangle and all the things we didn't get to see, and whoa did we learn a lot! From Kim's friendship with Grant to her struggles to cope in the house, Kim admits her early exit from the villa is a good thing.

Love talking about TV? Come and join the conversation in our private group, Pass the Popcorn!

Related:
Keep Up With Your Favourite Love Island Contestants on Social Media

Kim Harnett: Yeah, it's bitter sweet. Obviously, I'm going to miss everyone but I'm so excited to be heading home to see bub.

PS: I bet! Was leaving your son one of the hardest things going in for you?

KH: Yeah, I struggled so much in there. I 100 percent wasn't myself. I couldn't sleep, I was up literally every night crying, I always knew it was going to be hard, but it was beyond hard. The people in there are amazing though, I got through the days because of them but the nights, obviously when everyone was asleep, like it was probably the hardest thing I've ever done. I did struggle.

PS: That makes us sad to hear. I do remember you saying in a video diary how much you missed your son especially at night.

KH: I think it was more so in the day there's stuff going on, you're talking to people, my mind was off it. But as soon as everyone actually went to sleep in the bedroom and it's dark and nothing's on, there's no TV, nothing in the background, there's literally silence you're just left alone with your thoughts, that's when it would really get to me. I was literally outside crying every night and then I obviously wasn't sleeping so then I was tired. Yeah, I wasn't myself in there, but I wouldn't change it for the world because it is an experience and not many people were lucky enough to get that experience.