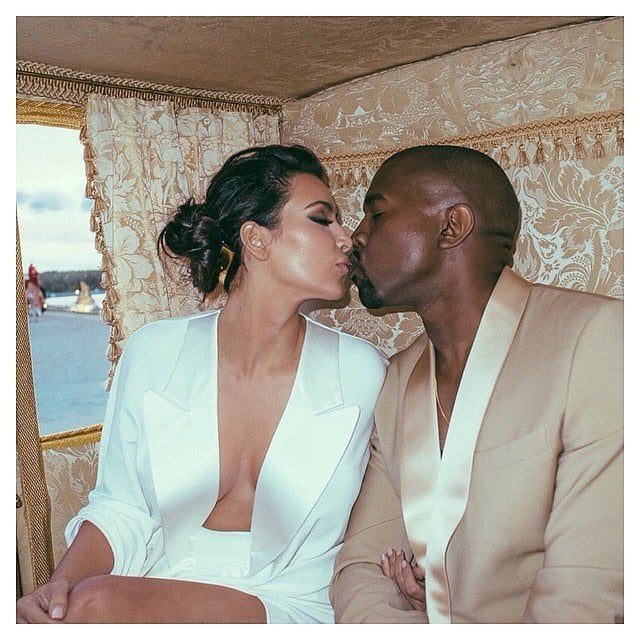 Kim Kardashian and Kanye West tied the knot at the Forte di Belvedere in Florence, Italy, back in May 2014. To commemorate the once-in-a-lifetime event, Kim took to Instagram to share some never-before-seen snaps from the day, including new shots from the photo booth and the carriage ride at Versailles. One year ago, the bride wore a Givenchy Haute Couture gown and was walked down the aisle by her stepfather, Bruce Jenner, while the rest of her family — including sisters Khloé and Kourtney Kardashian and Kylie and Kendall Jenner — stayed close by as she and Kanye exchanged vows. The ceremony was performed by hot Miami pastor Rich Wilkerson Jr., while long-time Kardashian family friend and celebrity event planner Sharon Sacks planned the couple's nuptials.

Family and friends officially kicked off the wedding weekend in style the week before with a special reception at the Chateau de Wideville (aka designer Valentino Garavani's Paris home), followed by a private guided tour of the famed grounds of Versailles. At the Palace of Versailles, Kim and Kanye threw a lavish pre-wedding dinner that brought out close friends Serena Williams, NeNe Leakes and André Leon Talley, fashion designers Alexander Wang and Olivier Rousteing, and director Steve McQueen. Keep reading to relive the magic as the couple celebrates their first wedding anniversary!

Wedding
According to Pinterest, These Are the Top Wedding Trends of 2020
by Haley Lyndes 10 hours ago

Celebrity Beauty
Kylie Jenner Says She'd Be a Makeup Artist If She Wasn't Famous: "I Would Really Love It"
by Chanel Vargas 1 day ago 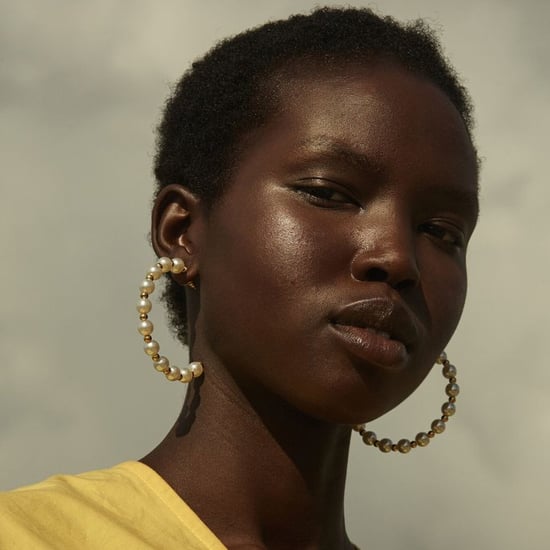