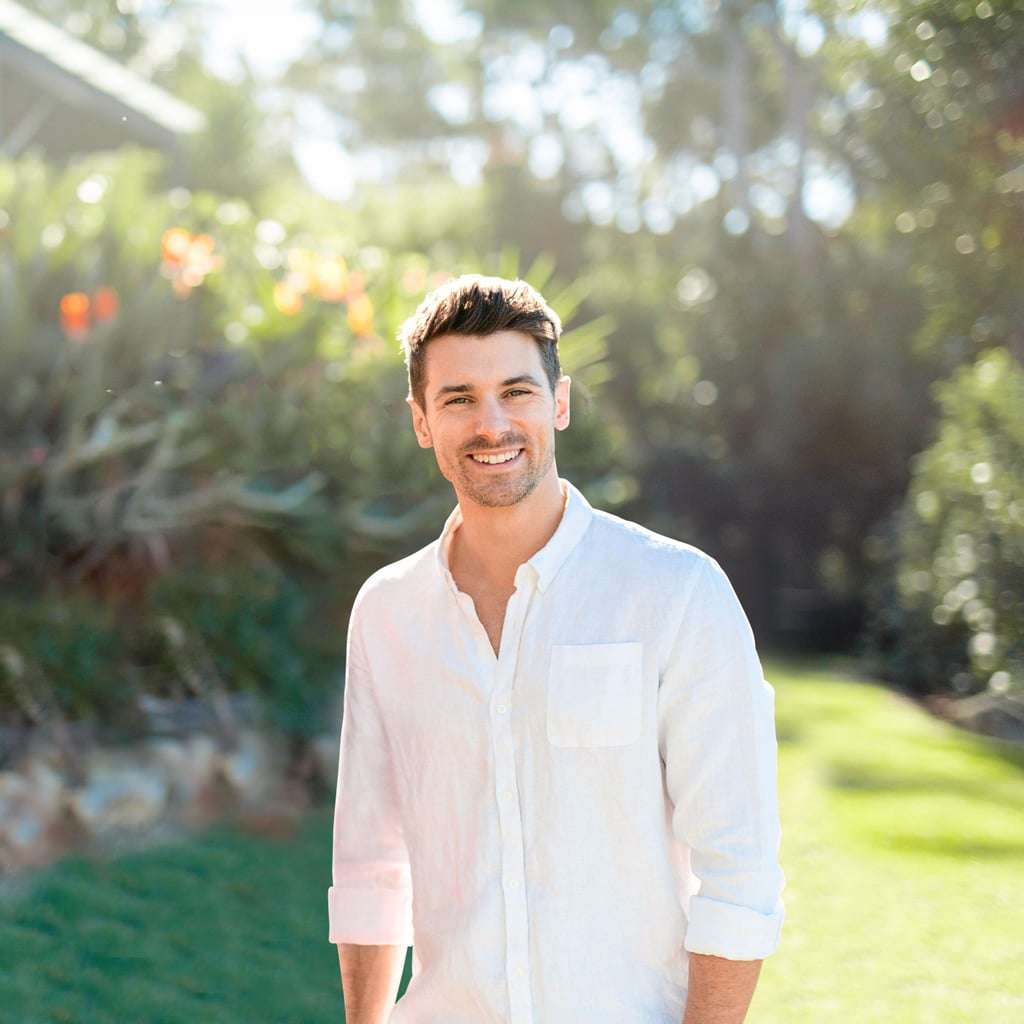 Matty J has already had one hell of a year. From proposing to partner Laura Byrne to welcoming their first child together just a few weeks ago, it seems things couldn't be any better for the former Bachelor. But, not only has Matty spent 2019 ticking off milestones in his personal life, he has also hit his professional stride to boot.

On top of co-hosting a weekend radio show on Nova, Matty has been announced as a co-host on Network Ten's Luxury Escapes: The World's Best Holidays. Now entering its fourth season, the show sees newcomer Matty and co-host Sophie Falkiner explore some of the most exotic and luxurious locations across Asia, Europe, Africa and America. After cutting his teeth as a travel presenter on The Living Room, Matty says the chance to co-host his own travel show was "an absolute dream," although he admits he wasn't without his reservations at first.

"I was very, very nervous in the beginning, because I'm a bit of a perfectionist and I wanted to do a great job," he says, "but Luxury Escapes had picked some of the most incredible locations in all the world, and it was a situation where I could really let the resorts, hotels and destinations in general just sell themselves."

He says audiences can expect the show to cover cities that are both inspiring and cost-effective, explaining that each destination featured will coincide with a discounted deal for audiences to take advantage of. "If you love travelling and love to get an amazing deal, then this is the perfect show for you," he says.

As seasoned a traveller as Matty already was prior to filming the series, having spent four years living in London and extensively exploring Europe, he says it was through the show that he discovered his new go-to travel destination.

"One place that I'd stopped over in numerous times on the way somewhere else, but that I've never really explored at all, was Abu Dhabi. When you're in the desert surrounded by camels, a guide who's dressed in a traditional Bedouin style outfit and falcons, which are such a revered animal, you're just like, how is this real? From a cultural and landscape perspective, I think it's one of the most unique destinations in the world," he says.

Not only is Matty a newly-converted Abu Dhabi fan, he says the United Arab Emirates is the next hot spot we will be set to see all over our Instagram feeds within the near future.

"I think Europe is always going to be number one for Australians, but the UAE is not a location that's too far off the route we're already travelling, so I think people will start spending a few days there on their way to Europe and realise some of the things you can do there are unlike anything you've ever experienced, anywhere," he says.

Related:
The Australian TV Shows We Can't Wait to Binge Later This Year

While Matty was lucky enough to visit countless destinations across several continents through the show, he says his ultimate favourite location will always be Malolo Island in Fiji, the place where he proposed to Laura back in April.

"Of all the places I've travelled to, the place where I proposed has got to be number one for me," he says, "I'm definitely hoping I can continue to travel with both Laura and [daughter] Marlie-Mae in the future because as nice as it is travelling by yourself, it's definitely a whole lot better when you've got a family . . . we already have plans for Marlie-Mae to become a jet-setter," he says.

But for now, Matty's feet are firmly planted back on Australian soil— at least for the time being.

"There's been times since Marlie-Mae was born when I've gone out and run errands, and been gone maybe six hours, but even at the end of those six hours I'm thinking to myself, wow, I can't wait to go home and see Laura and Marlie . . . the thought of having to leave and go away for a week solo is a lot harder now than it's ever been before," he says.

As for how parenthood is going, Matty revealed he thinks he and Laura have done "a good job so far." "We've had time to adjust, we now know what her routine is, and I feel like we've settled in," he says, adding that having his mum Ellie stay with them over the last couple of weeks has helped lighten the load.

Now that little Marlie-Mae is finally here and Luxury Escapes is about to premiere, you might think Matty would be hankering for a break. But, he says he is instead now ready to move on to his next big goal: planning his wedding.

"Work-wise I couldn't be happier, doing stuff I never dreamt was possible. Now it's just time to sink my teeth into wedding planning. The other night Laura was saying that we need to start having a think about it, so as of next week, I'm going to start putting together a shortlist of venues for our wedding next year," he says.

"It's been a busy year so far, a lot busier than I thought it would be. But at the moment everything has fallen into place . . . for that, I consider myself extremely lucky. "

TV
The Notebook, Jerry Maguire, and More Are Heading to Netflix to Ring In the Month of Love
by Mekishana Pierre 4 days ago
Latest Celebrity
×