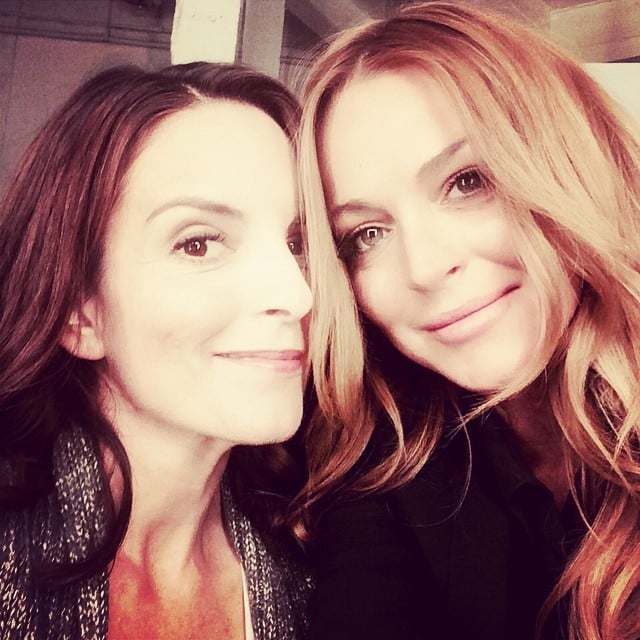 Mean Girls reunions are happening all over the place! It seems fans aren't the only ones reminiscing about the hilarious comedy 10 years after it was originally released. Over the past few months we've seen the movie's lead star, Lindsay Lohan, reconnect with co-stars such as Daniel Franzese (Damian) and Rajiv Surendra (Kevin G), while Daniel had his own reunion with Lizzy Caplan (Janis Ian) and Amy Poehler (Mrs. George). The latest meet-up is between the film's writer, Tina Fey, and Lindsay, and was orchestrated as part of an Entertainment Weekly reunion special. Lindsay posted a teaser on her Instagram account — keep scrolling for more of the snaps!

Red Carpet
Sorry, but the Rose Family Have Nothing on Eugene, Dan, and Sarah Levy's Real-Life Bond
by Monica Sisavat 1 day ago

Florence Pugh
Florence Pugh Is the Best at Instagram; Our Sincerest Apologies to Every Other Celebrity
by Toria Clarke 4 days ago