Aussie stars have nabbed a bunch of nominations at the 77th Golden Globes. Come January 5, which of our favourite homegrown talents will be winners? Nicole Kidman, Margot Robbie, Cate Blanchett, Toni Collette and Russell Crowe will compete with major name US stars and shows in a ceremony that is largely considered a precursor to the Academy Awards.

Nicole Kidman is nominated for her brave, nuanced portrayal of Celeste Wright in HBO's Big Little Lies. Her co-star, Reese Witherspoon is nominated for The Morning Show, along with Jennifer Aniston. Olivia Colman has received much acclaim for her royal role in The Crown, as has Jodie Comer for her breakout role in Killing Eve.

Margot Robbie is up for best supporting actress in the movie, Bombshell which pursues the story of workplace sexual harassment at Fox News perpetrated by Roger Ailes (played by a bloated, balding Russell Crowe).

Toni Collette's role in Unbelievable places her in the running for best supporting actress in a TV series or movie. She faces stiff competition from Meryl Streep, Patricia Arquette, Helena Bonham Carter and Emily Watson.

Cate Blanchette is nominated alongside Awkwafina, Emma Thompson, Beanie Feldstein and Ana de Armas for her role in Where'd You Go, Bernadette.

Related:
Jennifer Lopez's Golden Globes Nod For Hustlers Is Her First in 20 Years: "I Am Humbled"
Join the conversation
Golden Globe AwardsNewsAustralian Celebrities
More from POPSUGAR
From Our Partners
Related Posts 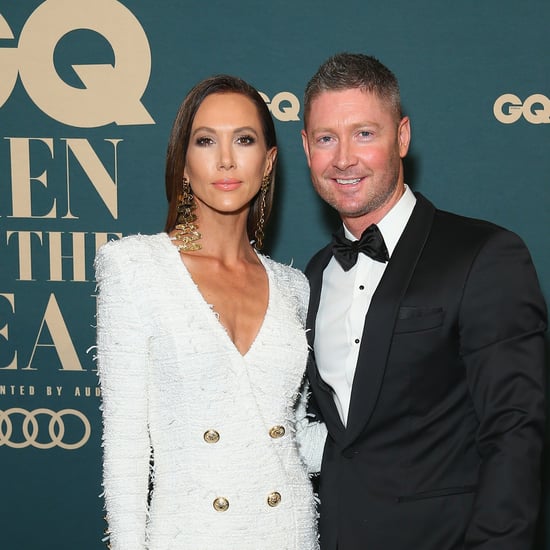 Golden Globe Awards
Welp, Kate McKinnon Said She Absolutely "Blew It" When Meeting Beyoncé at the Globes
by Perri Konecky 08/1

Golden Globe Awards
Jen and Reese Ran Out of Water at the Globes, So They Asked Beyoncé For Champagne Instead
by Britt Stephens 08/1

Golden Globe Awards
Sydney Sweeney Isn't a Real Goddess, but She Sure Does Look Like One in This Afterparty Dress
by Danielle Jackson 07/1