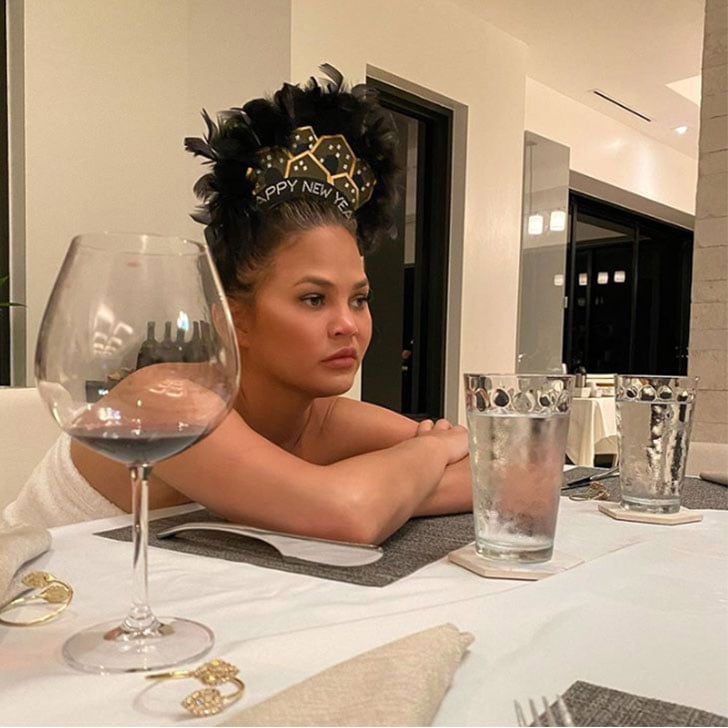 Reason 1435 why Chrissy Teigen and I should be best friends: we're both deeply obsessed with Netflix's new series, Cheer. And honestly, who isn't right now?!

Clearly on a streaming binge, Teigen uploaded a nostalgic photo of her from her high school days when she was a cheerleader, "watching Cheer on Netflix got me reminiscing about how i sucked at cheerleading almost as much as I sucked at doing my brows."

And in true Chrissy (self-deprecating) form, she revealed she didn't quite have Gabi Butler level skills to make varsity, "Truly no idea how I made this team. The best part is they claimed there was no JV/varsity but one squad got to cheer for basketball and football and the other (mine) got volleyball and wrestling."

She ended the post on a high note though, "I still remember my mat cheers though. Go fight win baby. Go fight win!"

Maybe Chrissy can make a cameo in season 2? Yo, Netflix, can we make that happen, please?!

Celebrity Instagrams
If You Watch Anything Today, Let It Be Ryan Reynolds and Sandra Bullock's Video For Betty White
by Kelsey Garcia 12 hours ago

RIP
Dwayne Johnson Thanks Fans For “Outpouring of Love” While Mourning Late Father, Rocky
by Karenna Meredith 13 hours ago

Celebrity Style
Lizzo's Body Positive Moment Comes With a Metallic Cutout Swimsuit — Shouldn't They All?
by Sarah Wasilak 3 days ago

Celebrity Beauty
Surprise! Selena Gomez Got a New Tattoo to Celebrate the Release of Her Album
by Danielle Jackson 3 days ago
Latest Celebrity
×