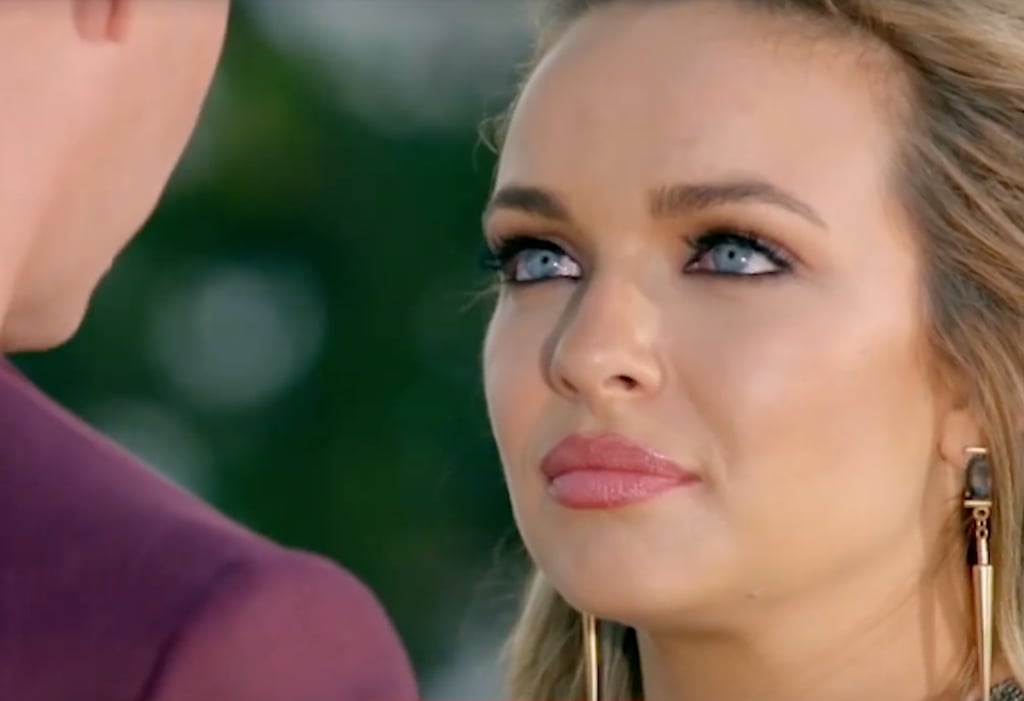 Witnessing the Bachelor let down their runner-up is always an intense moment. But, it's certainly safe to say that tonight's finale of The Bachelor was simply next level.

Yes, Matt did not choose Abbie Chatfield, and to call the conversation "uncomfortable" would be an understatement.

"This is the hardest decision I've ever had to make," Matt begun, "but I have to be honest with myself and with you, my heart belongs with someone else. . . it devastates me to lose someone so incredible and I've treasured every moment we've had."

Sounds pretty standard, right? Well, it's fair to say that Abbie's reaction to the news was anything but run-of-the-mill.

After asking him to explain his reasoning for the decision further, which Matt was unable to do, Abbie quickly made a beeline for the car.

Once in there, she insisted she was "mostly just mad about the flight home now."

"Maybe I don't love him, I'm not even upset," she declared. Well ah, we can't say we've seen a runner-up reaction like this before.

In all fairness, Abbie did later admit she was "embarrassed", so it's entirely possible she was just saving face. Either way, it's one rejection we won't be forgetting any time soon.

TV
Sally Rooney's Debut Novel, Conversations With Friends, Is Being Adapted Into a 12-Part Series
by Angela Law 23 hours ago
Latest Celebrity
×