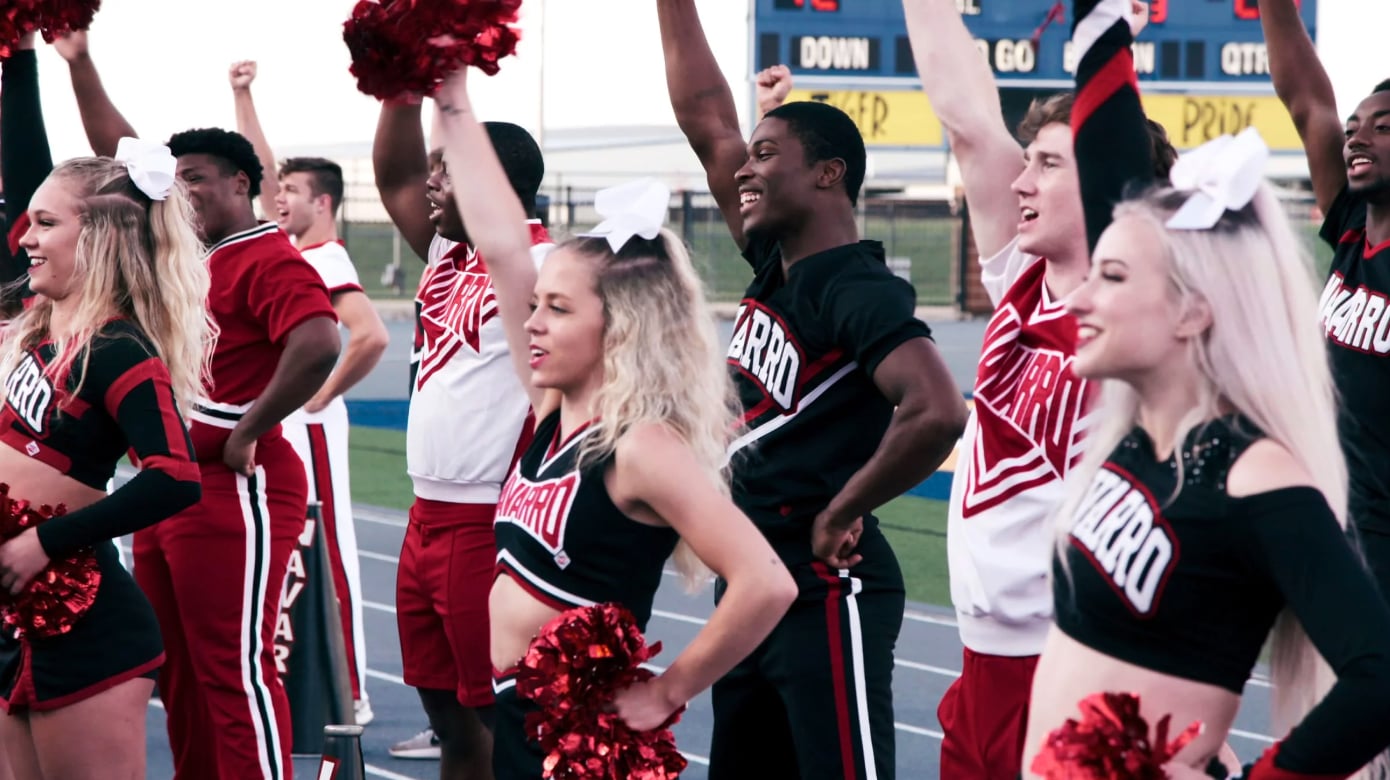 Related:
A Guide to Understanding All the Terminology in Netflix's Cheer

While the series does an excellent job at showing the prep and politics of cheerleading in the lead up to America's biggest and only college cheer competition, NCA Daytona, we were never able to see the entire routine because production wasn't allowed to film it in its entirety. Yes, they do a pretty great job at showcasing the performance through a mix of phone and audience footage, but there's no denying it leaves you yearning for the full 2 minutes 15 seconds in HD.

Did I forget to mention it's the routine that led them to their 14th win at the NCA National Championships? Check out the routine in all its glory below.

I'm sweaty just watching this. While films like Bring It On and Fired Up! gave us some insight into the cheerleading world, they definitely didn't show the intense training involved and skill needed.

If you haven't watched Cheer already, what better way to spend your long weekend than binging the entire series? And if you've seen it, there's nothing wrong with re-watching it. Nothing at all.

Related:
Here's Where to Follow the Navarro Cheerleaders On Instagram
Image Source: Netflix
Join the conversation
TVCheerleadingCheerNetflixDocumentaryTV Show
More from POPSUGAR
From Our Partners
Related Posts

TV
I Am Not Okay With This Isn't Out Yet, But We Already Need Netflix to Greenlight Season 2
by Amanda Prahl 1 day ago

TV
The Mandalorian: We Have Some Theories About What Might Happen in Season 2
by Amanda Prahl 1 day ago

Movies
Sooooo Netflix Changed a LOT About To All the Boys: P.S. I Still Love You
by Hedy Phillips 1 day ago