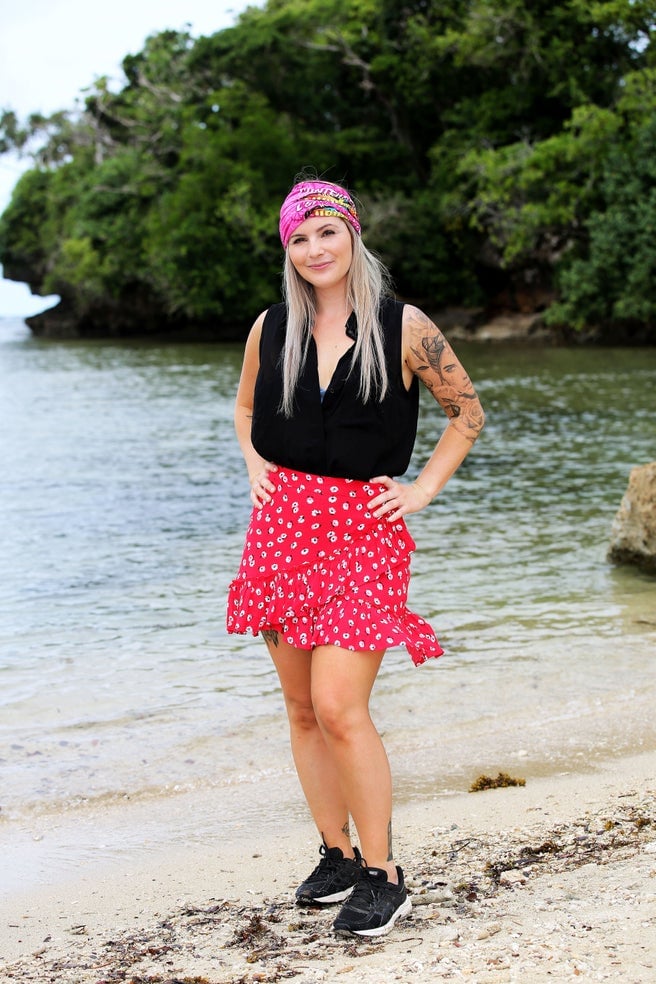 Hannah Pentreath plans on hiding two key aspects of herself while out on the island. First, that she is actually a police officer, not the hairdresser she plans on telling her tribe mates she is. Second, that she is old enough to have been married for nearly five years. Her intention to lie about both her job and marital status/age is part of her plan to be underestimated by her opponents and to be put in the "dumb blonde" category. In the American edition of Survivor, legendary player Tony Vlachos famously hid his role as a cop and went on to win the game, so Hannah has big shoes to fill with her chosen strategy.