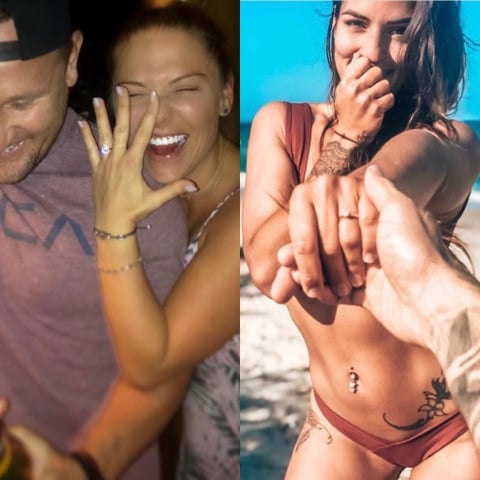 It seems love was certainly in the air this weekend, as not one but two former Bachie stars announced their engagements yesterday.

Tara, who has been with fiance Nick Shepherdson for around a year, shared a post with the caption: "Yes to a lifetime of love, laughs and happiness with you @shepaa. I love you SO bloody much. I can't wait to marry you."

The nation fell in love with Tara when she starred on Matty J's season of The Bachelor in 2017. After ultimately placing third, she went on to appear on the first season of Bachelor in Paradise, where she became engaged to Sam Cochrane. The pair parted ways in June 2018, and Tara began dating long-time friend Nick a couple of months later.

Since then, she began dating now-fiance Azriel in June of this year. She kept her Insta announcement brief, simply captioning it with "#shesaidyes"

Congratulations to both Tara and Elora!

MAFS 2020
Opinion: The 'Homewrecker' Does Not Exist
by Hannah-Story 11 minutes ago