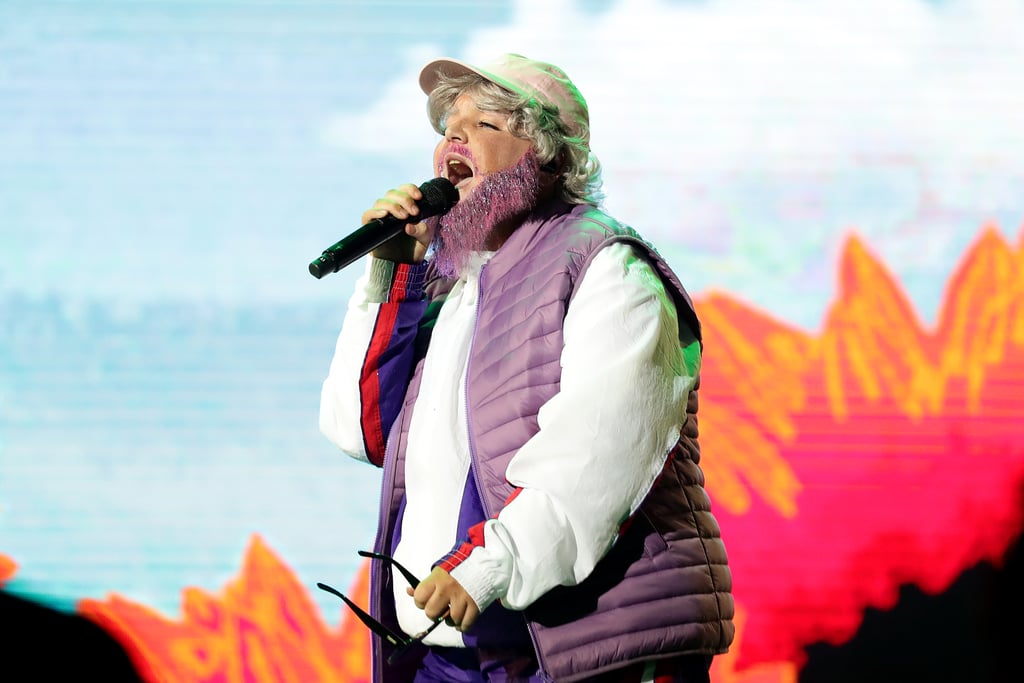 To say 2019 has been a huge year for Tones and I would be an understatement. Within 12 months she has gone from busking on the streets of Byron Bay, to performing on The Tonight Show with Jimmy Fallon.

That's right, after years of hard work, Tones and I's 'Dance Monkey' hit number one in almost 20 countries this year. As if that wasn't enough of an achievement, she broke the record for most weeks at number one in Australia chart history with the song. Just casually! So, it's safe to say we had high expectations for her live performance of the smash hit at the ARIA awards. Unsurprisingly, her performance was just as memorable as the song itself. Donning the get up of an elderly man, as she did in the tune's film clip, Tones and I certainly presented a one of a kind rendition of 'Dance Monkey'.

Check out all the photos from the performance below.

Music
"Why Do I Love It So Much?" Our Reactions to Dua Lipa's Retro New Album, Future Nostalgia
by Brea Cubit 14 hours ago

TV
We Had to Know: Is Tiger King's Joe Exotic Really Singing in His Music Videos?
by Amanda Prahl 17 hours ago

TV
In Need of a Netflix Binge? These 9 Shows Each Have Over 5 Seasons
by Amanda Prahl 3 days ago
Latest Celebrity
×