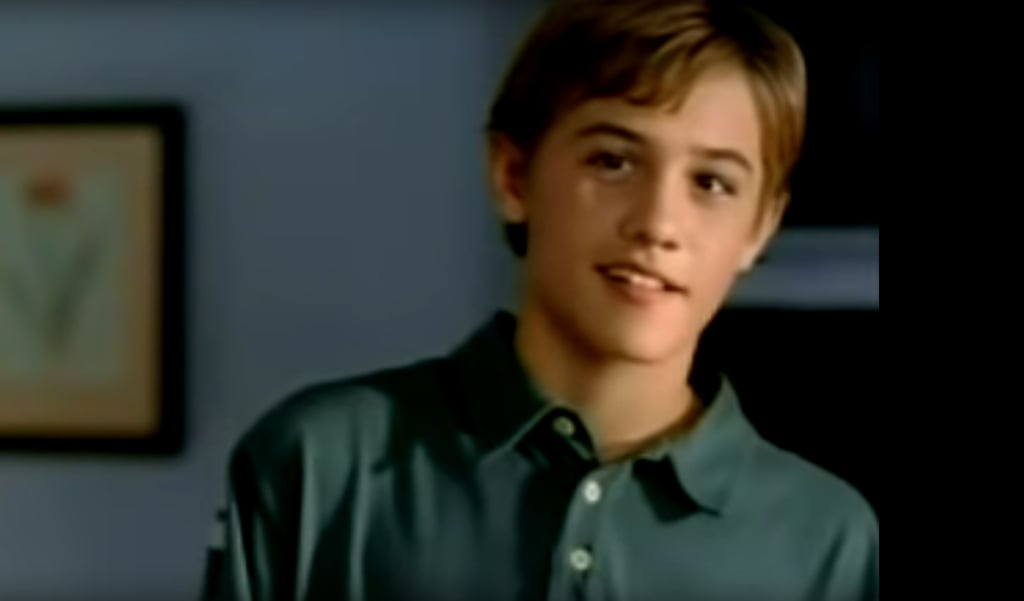 ICYMI, Peter Weber Was in a Sylvan Learning Centre Commercial in 2005, and It's Too Cute

Turns out competing for Hannah Brown's heart on The Bachelorette wasn't Peter Weber's first time in front of the cameras. The Virginia native and newest Bachelor starred in a Sylvan Learning Centre commercial in 2005, and he was just as cute and lovable back then as he is now.

In the recently resurfaced video making the rounds on social media, Weber is 14 or 15 years old and plays the role of Mark, a skateboarding teen who benefits from tutoring at Sylvan Learning Centre. "School was tough, then Sylvan helped me read better," a baby-faced Pilot Pete says in the most adorable high-pitched voice after showing his onscreen mom a report card. With side-swept hair and that same sweet smile he has today, teenage Weber was the exact type of boy I crushed on and prank called in middle school. Once a heartthrob, always a heartthrob!

According to Weber's IMDb page, the Sylvan commercial isn't the only TV experience he nabbed before debuting on The Bachelorette. Back in 2003, he appeared on an episode of Days of Our Lives, and he also starred in two shorts, Eve's Dropping In and In the Dirt, in 2003 and 2014, respectively. No wonder he's such a pro at looking like a stud on camera! Ahead, see Mark — er, Peter — looking cute as ever in the resurrected Sylvan commercial, and keep reading to see what Bachelor Nation has to say about it. One thing's for damn sure: this onscreen stint is far more enjoyable than former Bachelorette contestant Jed Wyatt's dog-food jingle.

TV
Locke & Key: What on Earth Are Those Mysterious Glowing Bullets?
by Kit Stone 23 hours ago

TV
I Am Not Okay With This Isn't Out Yet, But We Already Need Netflix to Greenlight Season 2
by Amanda Prahl 1 day ago

TV
The Mandalorian: We Have Some Theories About What Might Happen in Season 2
by Amanda Prahl 1 day ago