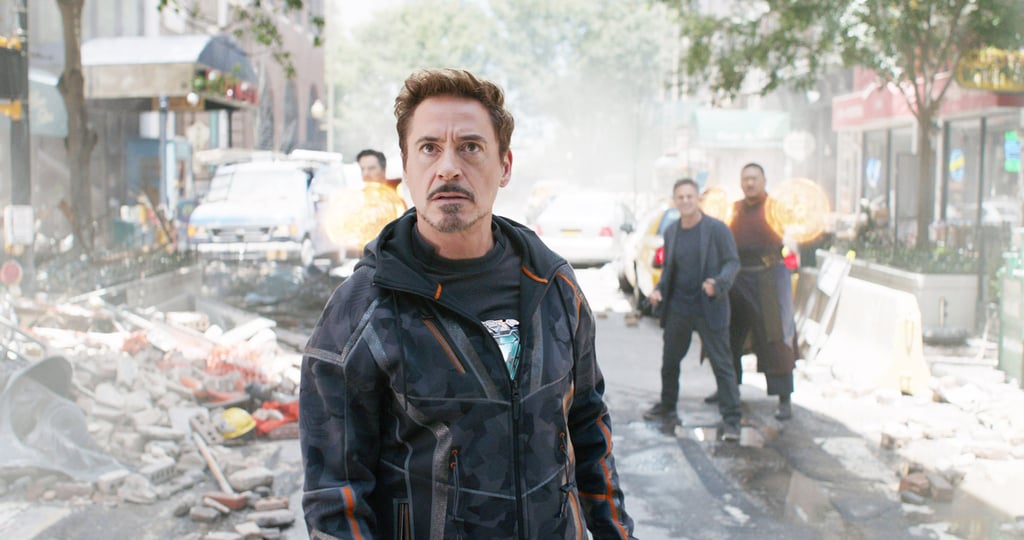 By 2023, Tony is arguably living his best domestic life with Pepper and their young daughter, Morgan. But even the joys of composting can't keep him from saving the world, and his discovery on how to time travel with the Pym Particles leads to the Avengers collecting all the Infinity Stones.

In the epic battle against Thanos, Iron Man lands the finishing blow when he steals the stones straight out of Thanos's golden glove and slots them into the makeshift gauntlet in his suit. He snaps his fingers and kills Thanos and his army, who all disintegrate the same way people did in Infinity War. The snap sends an overwhelming wave of gamma energy through his body, instantly frying his body. Pepper and Peter Parker run to Tony's side as he slowly dies, finally having avenged the world and leaving it a safer place for his daughter.