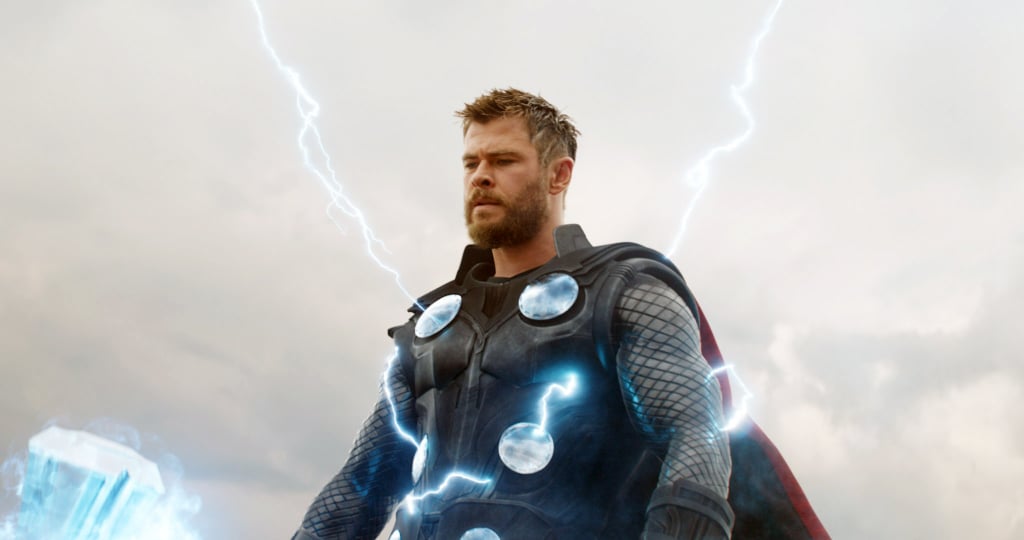 Thor undergoes one of the biggest transformations in Endgame and manages to find some closure regarding the death of his family, thanks to a talk with his late mother (there's seriously a lot of time travelling). He gets his mojo back just in time to join Steve and Tony in the battle against Thanos and gleefully accepts the former's use of his beloved hammer. When it all dies down (is it too soon to use that phrase?) Thor decides to leave New Asgard under the leadership of its new Queen, Valkyrie, and joins the Guardians of the Galaxy. Fingers crossed he shows up in GOTG 3 — we would totally be into a MCU adaptation of the Asgardians of the Galaxy comic run.

Movies
Exclusive: Blake Lively Is a Master of Disguise and Destruction in This Intense Rhythm Section Clip
by Kelsie Gibson 1 day ago

Movies
After You Binge Spinning Out, Watch These 7 Other Movies and Shows About Skating
by Amanda Prahl 4 days ago

Toddlers
Teach Your Kids Words and Numbers With These Sweet E.T. and Ghostbusters Books
by Alessia Santoro 4 days ago

Award Season
Are Elsie Fisher's Film Awards Better Than the Oscar Nominations? (Yes, the Answer Is Yes)
by Kelsey Garcia 6 days ago

Movies
Twitter Would Like to Talk About the Best Part of the Morbius Trailer: Michael Friggin' Keaton
by Amanda Prahl 6 days ago