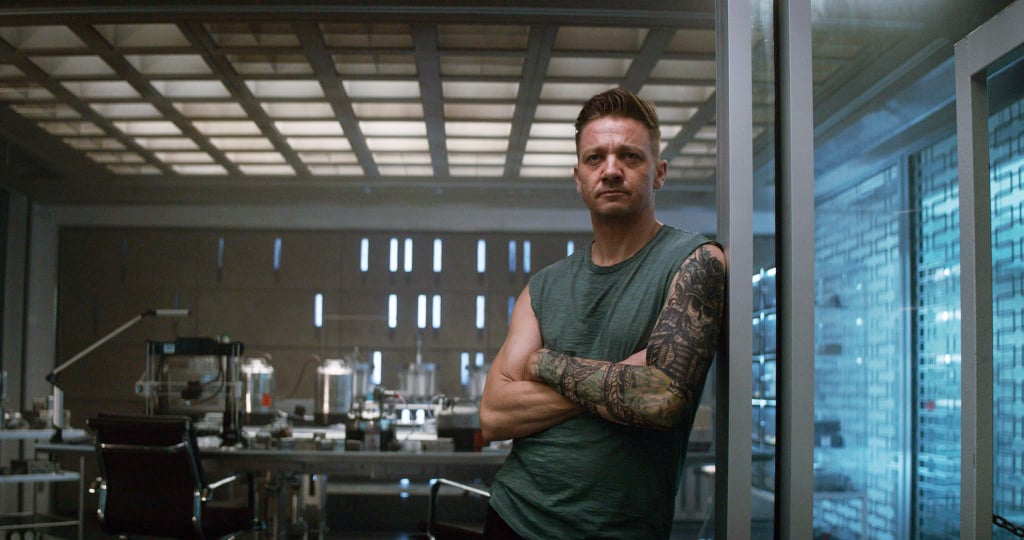 Hawkeye begins the film losing everything when his wife and three children are dusted along with the Snap. He survives the all-out superhero brawl against Thanos's army and reunites with his family in the end. Clint is reportedly tapped to feature in his own Disney+ show, so maybe we'll be seeing him and his daughter show off more of their archery skills.

TV
The Notebook, Jerry Maguire, and More Are Heading to Netflix to Ring In the Month of Love
by Mekishana Pierre 1 day ago

Movies
Get Ready to Blush, Because These Are the 42 Sexiest Movies of All Time
by Corinne Sullivan 2 days ago

Movies
Exclusive: Blake Lively Is a Master of Disguise and Destruction in This Intense Rhythm Section Clip
by Kelsie Gibson 4 days ago