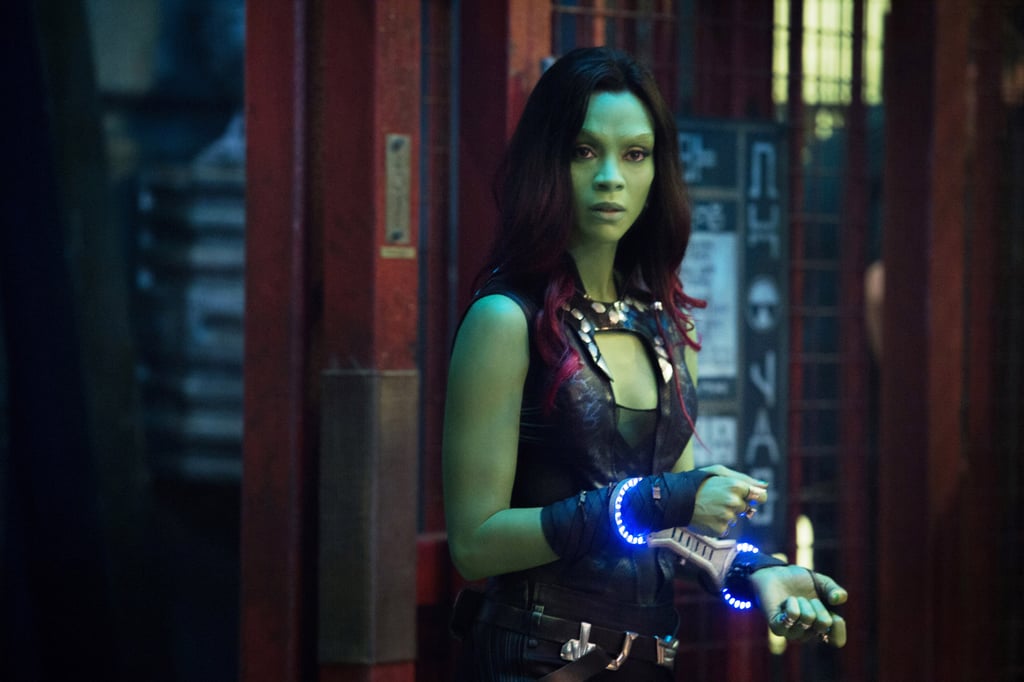 The Gamora of the Avengers' timeline doesn't come back with Bruce's snap because her death occurred outside of the gauntlet's power. But the Gamora from 2014 turns against Thanos and helps Nebula escape his clutches before she disappears after the battle. It seems like she sparked a fire in Star-lord because he's shown searching for any sign of her while on the Benatar with the other Guardians of the Galaxy at the end of the film.

Movies
Grool! Tina Fey's Mean Girls: The Musical Is Being Turned Into a Movie
by Chanel Vargas 5 days ago

Movies
Antebellum, Which Already Looks Like the Scariest Movie of 2020, Might Also Have the Best Cast
by Corinne Sullivan 5 days ago

Movies
Higher, Further, Faster! Captain Marvel 2 Is Officially in the Works
by Mekishana Pierre 6 days ago

TV
The Notebook, Jerry Maguire, and More Are Heading to Netflix to Ring In the Month of Love
by Mekishana Pierre 6 days ago

Movies
Get Ready to Blush, Because These Are the 42 Sexiest Movies of All Time
by Corinne Sullivan 1 week ago

Celebrity Interviews
Finn Wolfhard Is as Excited as We Are About Stranger Things Season 4: "It Feels Like Home"
by Brea Cubit 1 week ago
Latest Entertainment