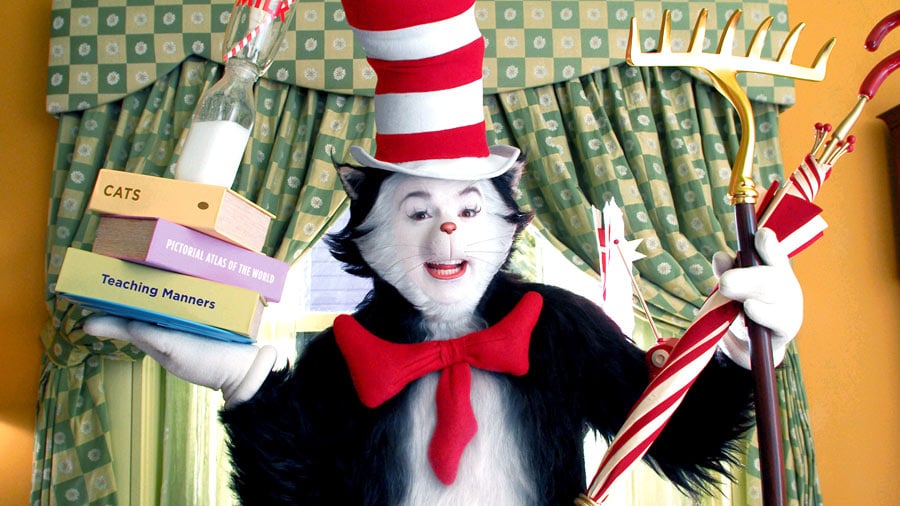 A live-action adaptation of a Dr. Seuss book is always going to be tricky, but at least How the Grinch Stole Christmas had a very good Jim Carrey performance at its centre. Star Mike Myers tries very hard in The Cat in the Hat (9 percent), but ultimately mostly it's very difficult to adapt a 1,600-word book into a 90-minute movie.

"The movie is so disappointing, in fact, that it makes Dr. Seuss's How the Grinch Stole Christmas look like a masterpiece," wrote the Orlando Sentinel's Jay Boyar, and the New York Times' A.O. Scott said, "A vulgar, uninspired lump of poisoned eye candy that Universal has the temerity to call Dr. Seuss' The Cat in the Hat." Whoa.

Hilariously, this has one of the highest audience scores on Rotten Tomatoes of any movie on this list with a 49 percent. You just never know.

Movies
Exclusive: Blake Lively Is a Master of Disguise and Destruction in This Intense Rhythm Section Clip
by Kelsie Gibson 14 hours ago