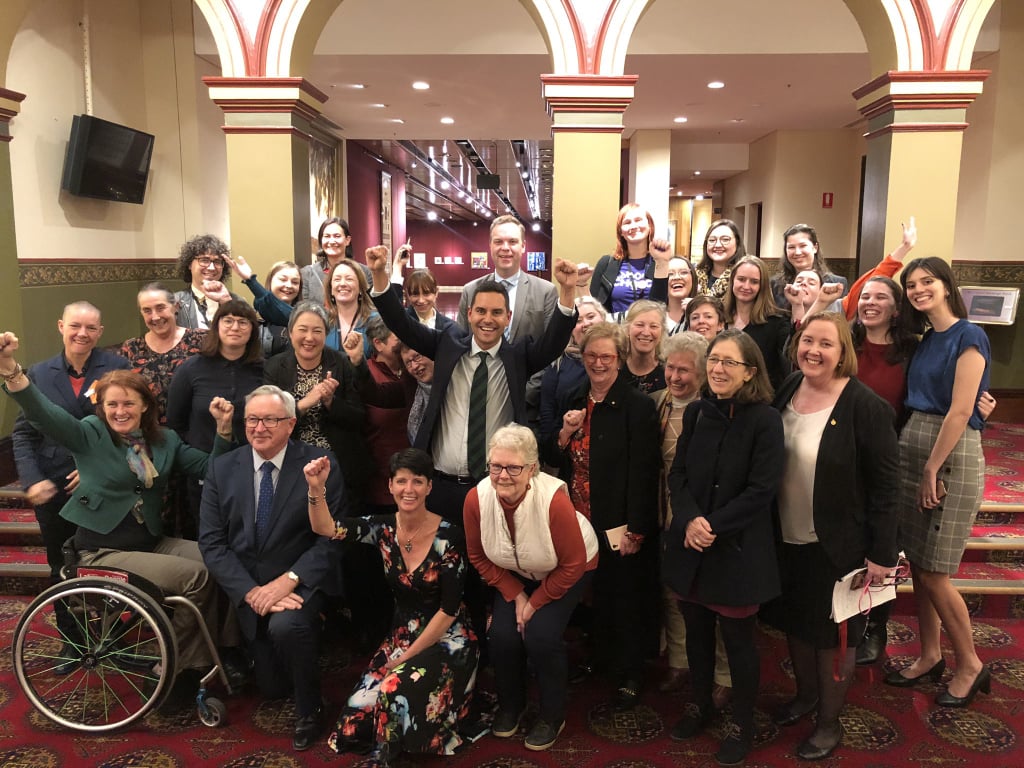 Abortion Has Finally Been Decriminalised in New South Wales

After months of debate, abortion has officially been decriminalised in New South Wales.

The bill was passed in the NSW Upper House on the evening of September 25, with its amendments, of which there were over 100, approved in the Lower House this morning.

According news.com.au, the bill was passed in the Upper House 26 votes to 14 after nearly 40 hours of discussion.

The bill will allow terminations on request for up to 22 weeks gestation. The terminations are to be performed by a registered doctor, and later term abortions may also be available if approved by two doctors.

Much to our relief, a bill to decriminalise abortion in New South Wales has officially passed in the Lower House.

Late on Thursday night, following two weeks of intense debate (as reported by ABC News), members of Parliament largely voted in favour of the proposed legislation.

Ultimately, the Reproductive Health Care Reform bill passed with 59 MPs in favour, and 31 against.

While, according to SBS News, several MPs raised concerns about the proposed 22-week threshold which would allow women to consult two doctors if they still sought an abortion, it would also be stipulated that late -term abortions only be performed by specialists in approved public facilities.

Introduced to the house by independent MP Alex Greenwich, the bill also had 15 co-sponsors, including NSW Minister for Health Brad Hazzard.

On this occasion MPs were granted a conscience vote, which allowed them to base their decision on their personal beliefs, rather than an official stance set by their party.

If the suggested changes were implemented, abortion would be removed from the NSW Crimes Act, and instead defined as a medical procedure.

If the bill is also passed in NSW's Upper House, the state's abortion laws would finally align with that of other Australian states and territory's.

ABC News reported that the bill is expected to be considered by a Legislative Council inquiry next week, and to be voted on the following week.

Related:
What Does America Do With Its Collective Dread?
0
previous images
-29
more images
Previous Next Start Slideshow
Join the conversation
NewsAustralian PoliticsPolitics
More from POPSUGAR
From Our Partners
Related Posts