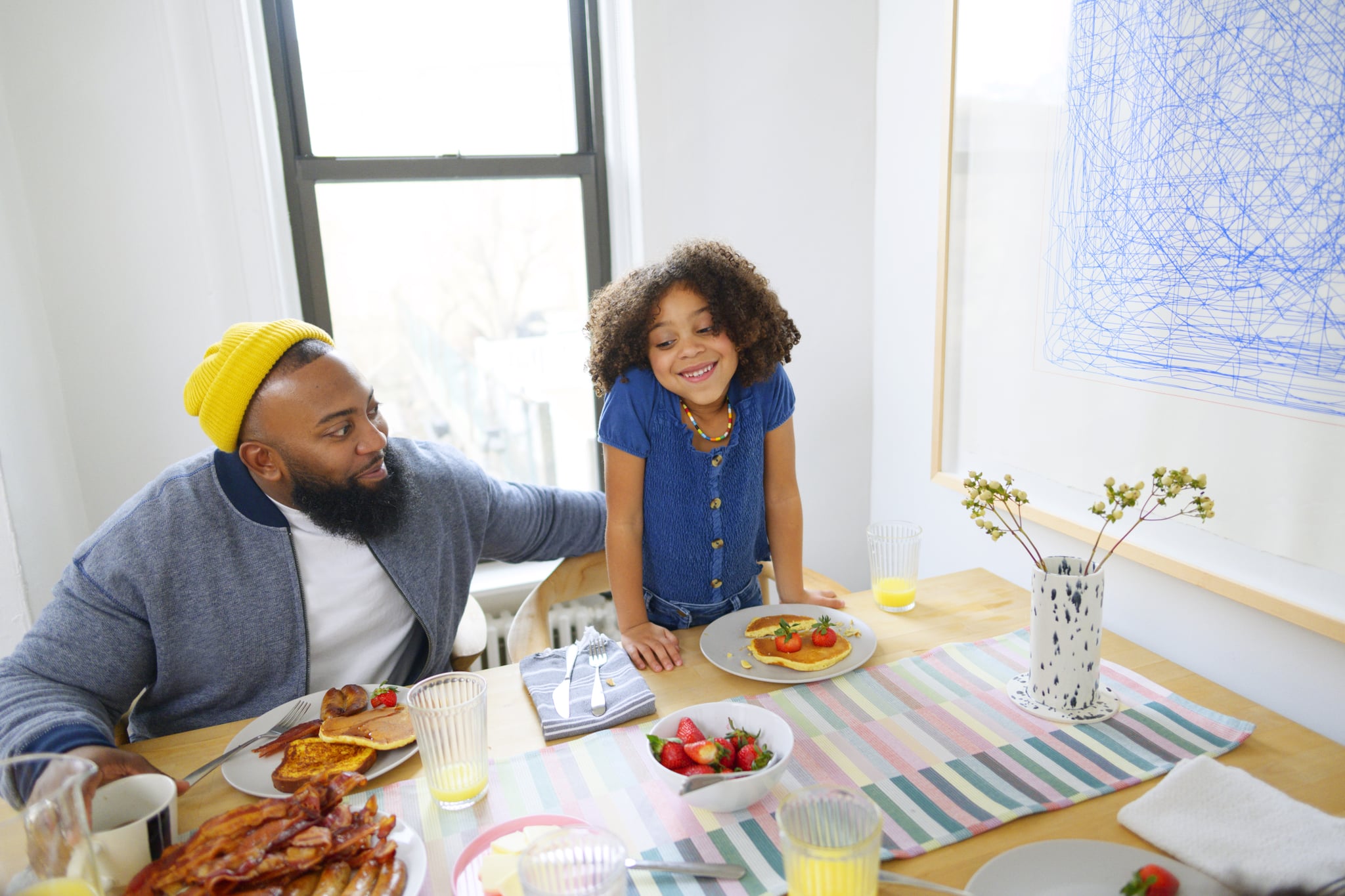 For nearly two years, having dinner with my youngest kid looked something like this:

We'd set a plate filled with a variety of nutritious foods in front of her. She'd refuse. We'd prod. "You have to eat your dinner." She'd fuss. She'd nibble on a roll but refuse to touch her roasted veggies. We'd barter. "If you eat three bites of carrots, you can have more bread." She'd negotiate. "Ketchup!" We'd raise our hopes. "OK, you can have some with your chicken! Don't just dip your fingers into the ketchup, OK?" She'd stall. We'd grab her tiny fork and attempt the aeroplane maneuver. She'd swat our hand away. We'd lose our cool.

Related:
This Year, I Want to Be a Happier Parent, Not Necessarily a "Better" One

It was the same every evening, and it got to the point that I dreaded dinnertime and felt defeated before I even started cooking.

I commiserated with friends – most of whom shared my sentiments: that dinner was a never-ending power struggle with our toddlers, and yet no one was winning. Or, at least, it definitely wasn't us parents.

Dinner was a never-ending power struggle with our toddler, and yet no one was winning. Or, at least, it definitely wasn't us.

One friend, however, must have made a mental note of what I'd said, because the next time I saw her, she handed me an old book, How to Get Your Kid to Eat by Ellyn Satter. It was written in the '80s and had hokey picture of a boy side-eyeing a floret of broccoli on the cover, and I let it sit on my nightstand for weeks before I gave it a shot. Just 14 pages in, I landed on a simple discovery that changed my entire way of thinking about feeding my kid.

In a section called "The Division of Responsibility in Feeding," the author shared what I've come to consider the golden rule of mealtime:

As expected, it's the parents' job to choose and prepare the food and to provide it during regular mealtimes at a consistent location. All that felt obvious. But according to Satter, it was also a fundamental role of parents to trust their children to determine how much they eat or even whether to eat at all.

In just a few sentences, Satter made me realise all the things I was doing wrong.

I was making mealtimes a battle ground yet being completely lax with snacks all other hours of the day. I'd allow her to have a handful of raisins to keep her from whining while I was trying to cook, and after dinner, I wouldn't say no to her request for apple slices or an orange. I was failing at the what and when.

Satter also cued me into the things I was taking responsibility for that I shouldn't. It was not my job, for instance, to force my child to eat her vegetables – or to eat anything, for that matter.

They were hard habits to break, but I trained myself to stop saying things like, "eat one more bite" or "you can't go play until you finish your plate," or "won't you please just try this? I made it especially for you!"

Here's how she breaks it down even further:

As strikingly simple as the concept is, I'll admit it's been a complicated process trying to stay true to the division of labour. It's meant being stricter than I had been about snacks and more flexible than I had been about meals. But it's worked. On the days I've been able to do my part – control what they eat and when they eat it – my kid does hers. On the days in which I haven't allowed her free range over the pantry all afternoon and made a point to plan a meal with promising foods the whole family might enjoy, she just so happens to eat it.

Related:
The Best Way to Spend 10 Minutes Daily With Your Child, According to a Parenting Expert

Since employing this strategy, there have still been many breakfasts, lunches, and dinners primed for a power struggle. But when I set down her plate and she flicks the food around and barely takes a bite? I no longer stress out about it. I don't react, and I definitely don't negotiate. "That's fine," I'll simply say. "You don't have to eat it."

Because Satter's point is that, if I keep holding up my end of the bargain, my kid will learn to hold up hers. Until then, she's still what most would consider a "picky eater," but, hey, that's not my responsibility. 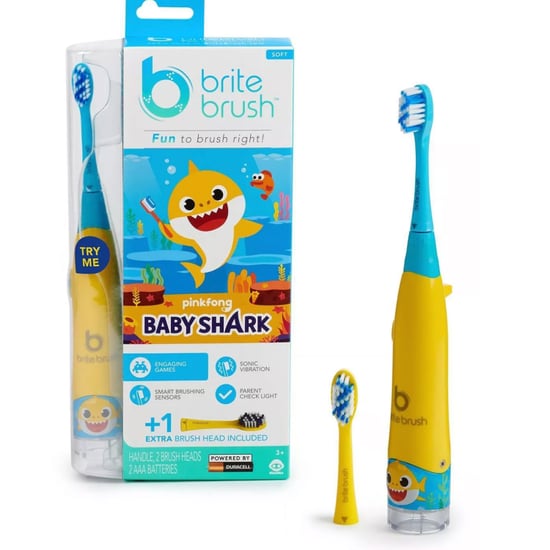 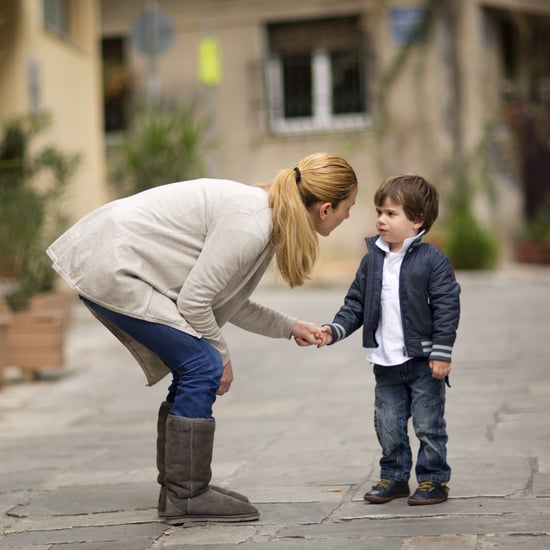 Toddlers
Musician's Toddler Writes a Song About "Dinosaurs in Love," and Why Am I Crying?!
by Alessia Santoro 2 weeks ago 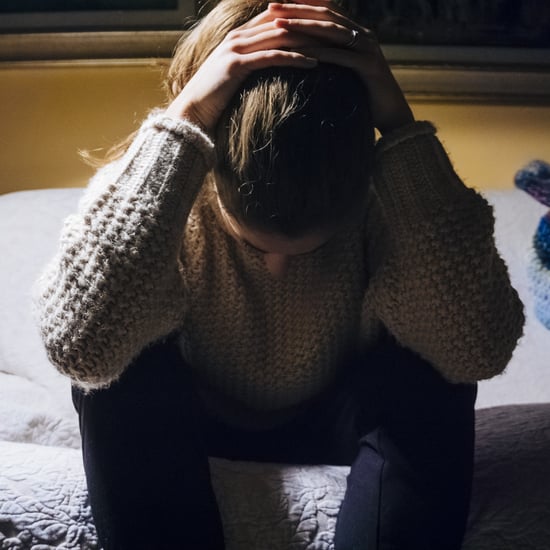 Little Kids
Goodnight, iPad: How Taking an iPad Break Made My Family Happier
by Katharine Stahl 3 weeks ago

Toddlers
Ellie Kemper Stole Her Parenting Motto From Kris Jenner, and It's SO Relatable If You Have More Than One Kid
by Murphy Moroney 4 weeks ago

Toddlers
Teach Your Kids Words and Numbers With These Sweet E.T. and Ghostbusters Books
by Alessia Santoro 17/1

Positive Parenting
This Year, I Want to Be a Happier Parent, Not Necessarily a "Better" One
by Kate Schweitzer 14/1
Latest Parenting
×